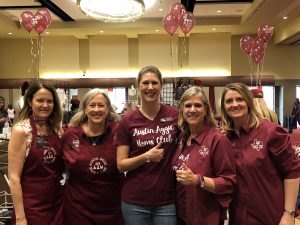 Thanks to everyone who worked our booth at Family Weekend 2019!!!

Family Weekend is a tradition that has existed at Texas A&M University since 1919. Texas A & M University prides itself on making its visitors feel welcome. The University has given parents and guests a special time to feel this warm greeting. Family Weekend has become our official “HOWDY!”

In the early 1900s when membership in the Corps of Cadets was mandatory, mothers often found themselves worrying about the welfare of their sons. A federation known as the Aggie Mother’s Club was formed by these mothers whose main goal was to help their sons through their difficult “fish” and underclassman years. A program similar to open house was held on Mother’s Day. However, in 1969 graduation was changed to early May and the program was moved to April.

We were able to award our JJ Sanchez scholarship! 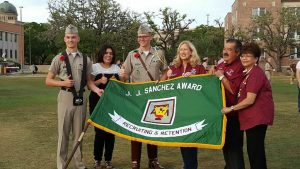