Our Singing Cadets Concert is an annual event where we enjoy an evening listening to the incredible sounds of The Voice of Aggieland.

Click here for the brochure, including Sponsorship/In-kind Donation Form, and Sponsorship Categories.

Would you like to get involved? Send your interest to AustinAMVPSingingCadets@aggienetwork.com. 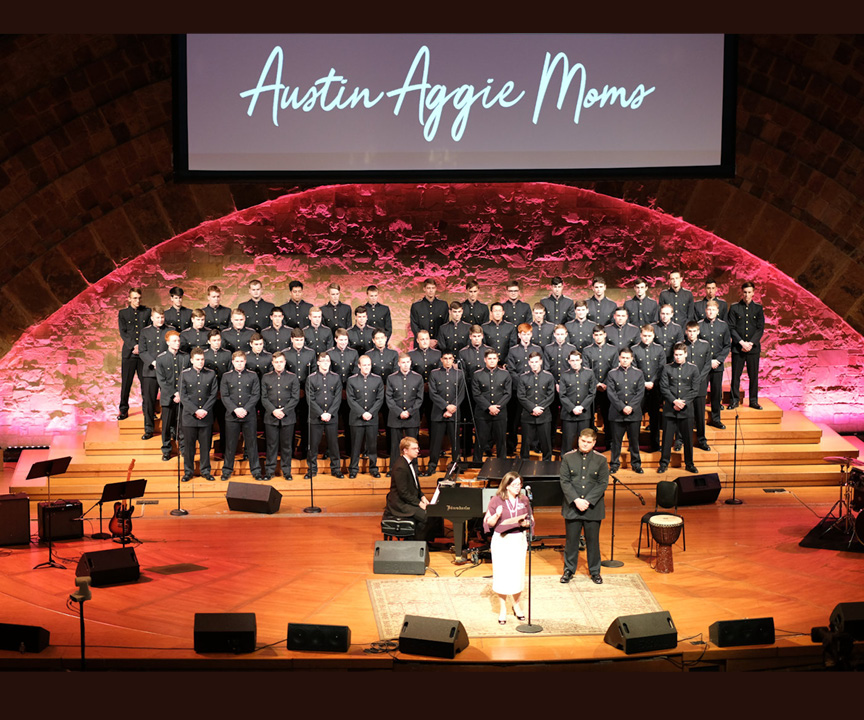 Internationally known as The Voice of Aggieland, the Grammy Award-winning Singing Cadets are Texas A&M University’s premier men’s chorus.  They are one of the oldest collegiate singing organizations in the world and one of the most treasured Aggie traditions.

More About the Singing Cadets

Besides traveling throughout the state of Texas performing an average of 65 concerts per year, the Singing Cadets have also spread The Spirit of Aggieland around the globe. The group performs internationally (every three years): Australia in 2004, South America in 2007, South Africa in 2010, China in  2013, Northern Europe in 2016, and Greece in 2019.

Performing for distinguished and foreign dignitaries is also standard fare for the Singing Cadets, including current and former US Presidents. They have held concerts in places such as Carnegie Hall, the Kennedy Centre, and St Paul’s Cathedral.

Hosting the Singing Cadets Concert is a tradition for Austin Aggie Moms for more than 30 years.  We are proud to say that because of the great Aggie Spirit in the Austin area, this is the only place that is part of their tour every year! Our annual event makes it possible to provide scholarships to outstanding Texas A&M students from the Austin area.

Our merit scholarships award thousands of tuition dollars to recipients each year, the club is currently funding our fifth Texas A&M Foundation endowed scholarship. Our previous endowments have been: The Opportunity Award, The Transfer Student Scholarship, Southerland Aggie Leader Scholarship, and the Veteran Student Scholarship. A fifth endowment began in 2022, named Aggies for Equal Access, benefitting students with disabilities. 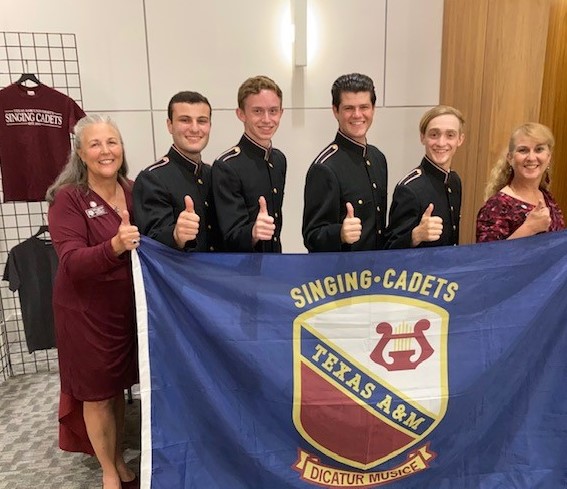